No items found.
View Products
Product is not available in this quantity.

3rd Overall At AMA National Hare And Hound Round 7 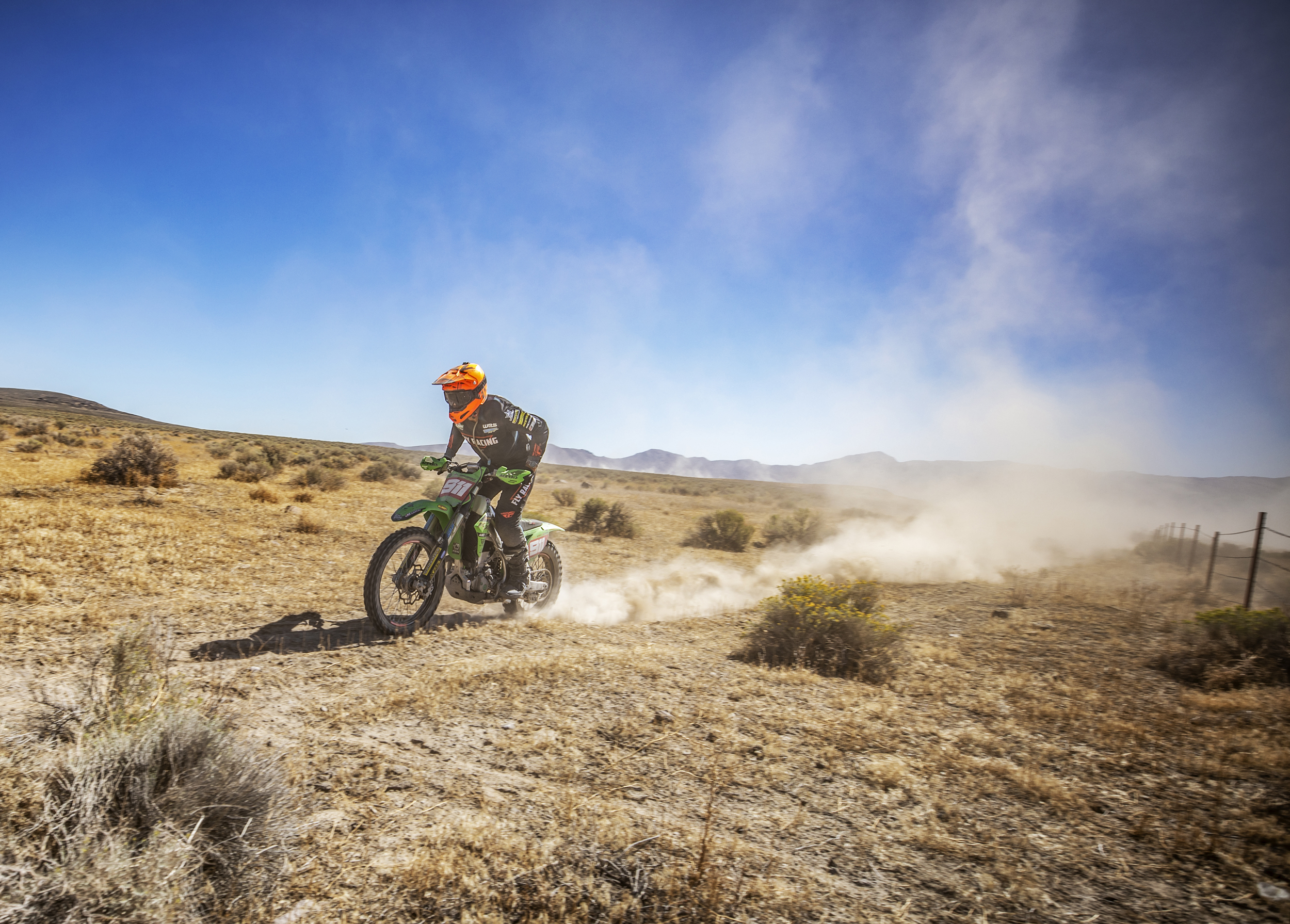 Argubright Design Co. rider Jacob Argubright lined up for the seventh round of the 2022 AMA National Hare and Hound Championship series in the greater Reno, NV area for the 66-mile natural terrain off-road race hosted by Lassen MC. Looking to improve on his previous results from round five in Panaca, NV just weeks prior, Argubright came in with confidence on his Kawasaki KX450.

The one-day event saw cooler temperatures and a light breeze to help with the dry conditions. Lining up on the Start Line, Argubright carefully chose the line that would ideally lead him to the end of the bomb with a favorable position. As the banner dropped, Argubright quickly lit his 2022 KX450X and sprinted towards the front of the pack; landing himself in the top 3 at the end of the bomb.

Shortly after, the pace began to develop as racers would battle with Argubright before he ended up in the second Overall position by the end of the first of three loops. Coming into the pits 35 seconds behind the leader (Dalton Shirey) Argubright would opt to forgo gas just as his competitors, and head out onto the second loop.

The top three charged onto Loop 2, where Argubright would battle with third place Zane Roberts on the middle of the loop, Argubright kept his head down focusing on his race until he would make a small mistake where Zane Roberts would sneak by into third putting Argubright third overall. Argubright would continue to trail Roberts coming into the pits 52 seconds behind.

“Overall I am happy with the progress of my results, but never satisfied. I've been focused on fundraising for the Dakar rally most of the year and am finally starting to prepare physically and mentally getting my butt in gear for 2023. I've been testing with my Husqvarna FE501 “Rally Lite” bike but it was nice to hop on my Kawasaki KX450 and feel so comfortable and have success on it. I will be ready for the final round of NHHA in October, then it will be full Rally roadbook prep until the Dakar.” Argubright stated.